Our Lady of Good Counsel

Young’s Point was the first community within the parish to establish a permanent church. Today Our Lady of Good Counsel Church welcomes residents and visitors with weekly Eucharistic celebrations throughout the summer season.

Please join us for Holy Mass Sunday at Noon from Canada Day to Labour Day.

After clearing the land, Young built a saw and grist mill at the site of the waterfall between Clear Lake and Lake Katchewanooka. Lured by the offer of lakeshore land in exchange for service rendered to the British Crown, and rebuffed by the anti-Irish Catholic sentiment pervading Lakefield at the time, the Ayottes, Kearneys, and others populated the area.

Between 1825 and 1835, those seeking the sacraments travelled by foot to Douro or by boat to Peterborough. Around 1835, Fathers Vaughan and Tracey visited the community. Thereafter, Fathers Kelly, Brophy and Bourke offered the Mass two or three times a year.

In 1865, at the insistence of Father Daniel O’Connell, and through the generosity of Francis Young Jr., the third son of the patriarch, a point of land was donated for a church from which the area has taken its name. Labour and materials were supplied by the settlers who worked under the direction of a skilled carpenter to build the 46 by 24 ft. structure. The church was dedicated to be Blessed Virgin under her title “Our Lady of Good Counsel” in August 1867.

In 1883, missions of Young’s Point and Lakefield were transferred from the burgeoning Parish of St. Joseph’s, Douro to St. Peter’s Cathedral and served by Father M.J. O’Brien until 1890, at which time, these missions returned to St. Joseph’s under the care of Father Joseph Browne.

On January 15, 1898 the Mission of Our Lady of Good Counsel served by Father Michael Fitzpatrick, was elevated to parish status. Lakefield, Chandos, and two years later, Keene, became missions of Young’s Point. Father Fitzpatrick purchased a brick house across from Our Lady of Good Council Church as a rectory, replacing the wooden pillars on which the church had been set with a stone wall, and erecting a vestry and winter chapel at the back of the building.

In 1909 due to a shifting population, Lakefield was raised to the parish status and Young’s Point became its mission.

By late the 1980s Our Lady of Good Counsel Church was sorely in need of repair, had a dwindling congregation, and needed restoration. Eventually Father Leo Leahy decided to close the little church. But he was forestalled.

In 1998, Aileen Young, a fifth-generation parishioner, initiated a letter-writing campaign to save this historic site. People pledged support from all across North America. In August 1999, a ten member restoration committee was formed and a structural engineer was hired to evaluate the building and determine the feasibility of a major restoration. By 2001, the building was refurnished entirely through donations and declared an historic site. A plaque acknowledging this fact was erected and blessed by Bishop James Doyle during the dedication mass on May 20, 2001. 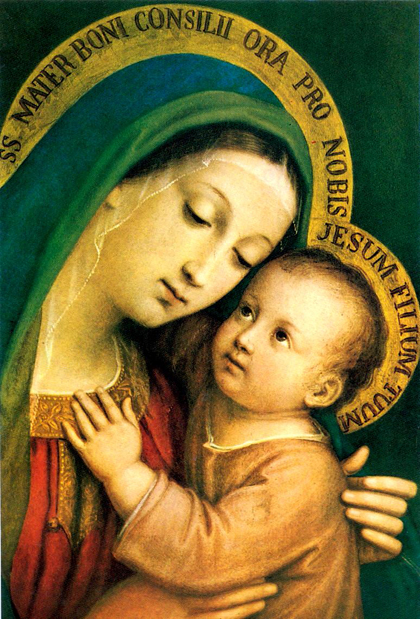 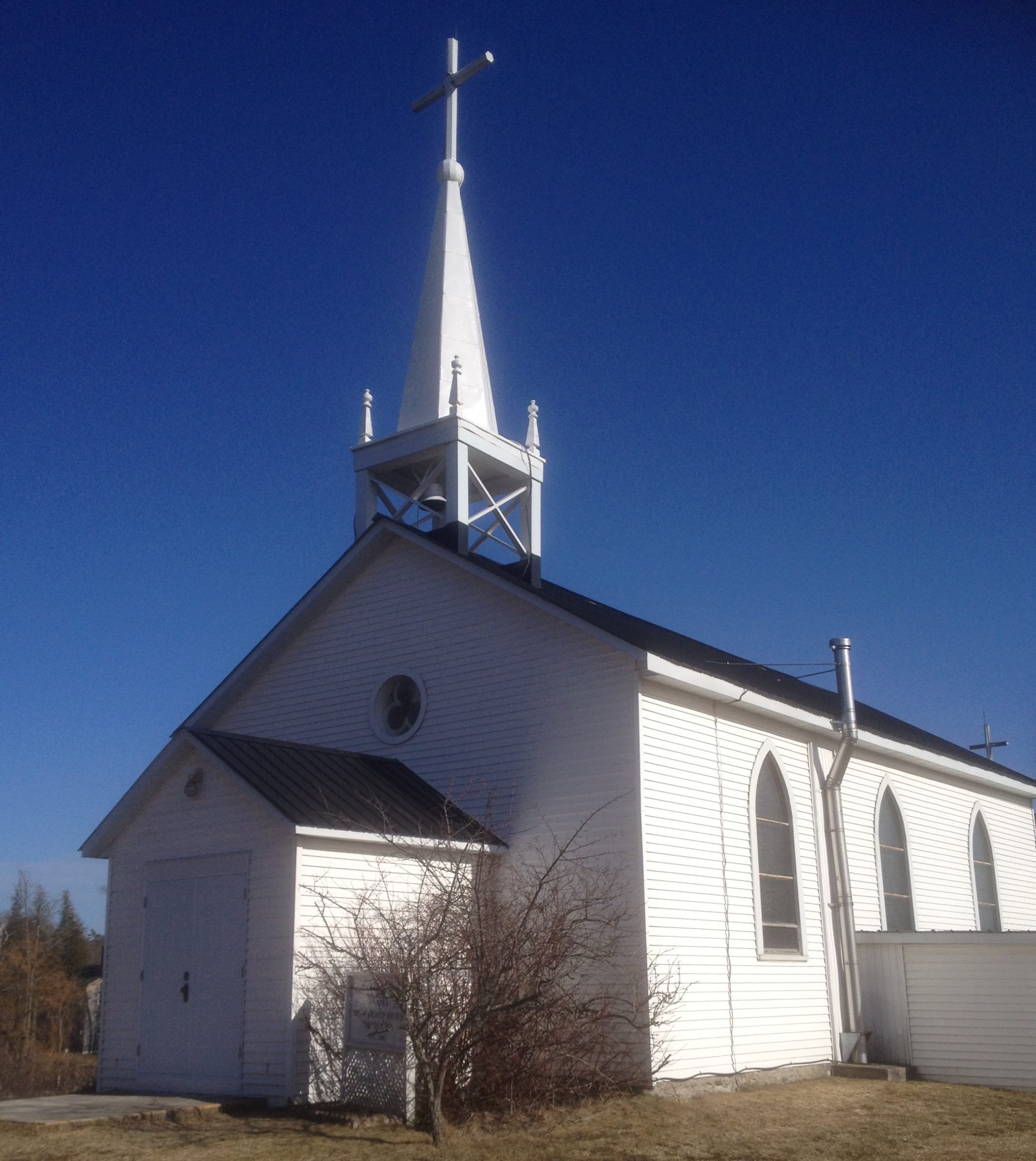 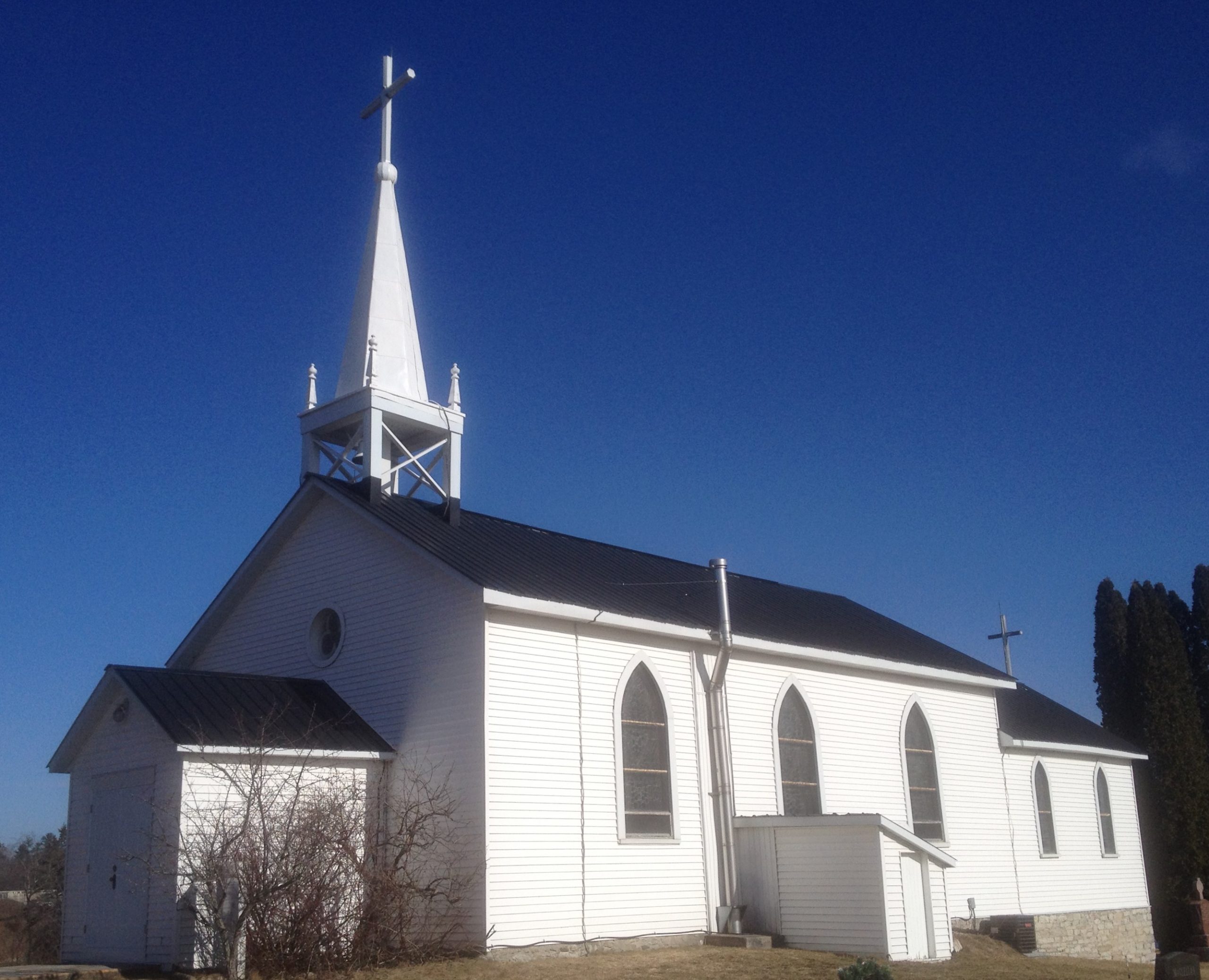 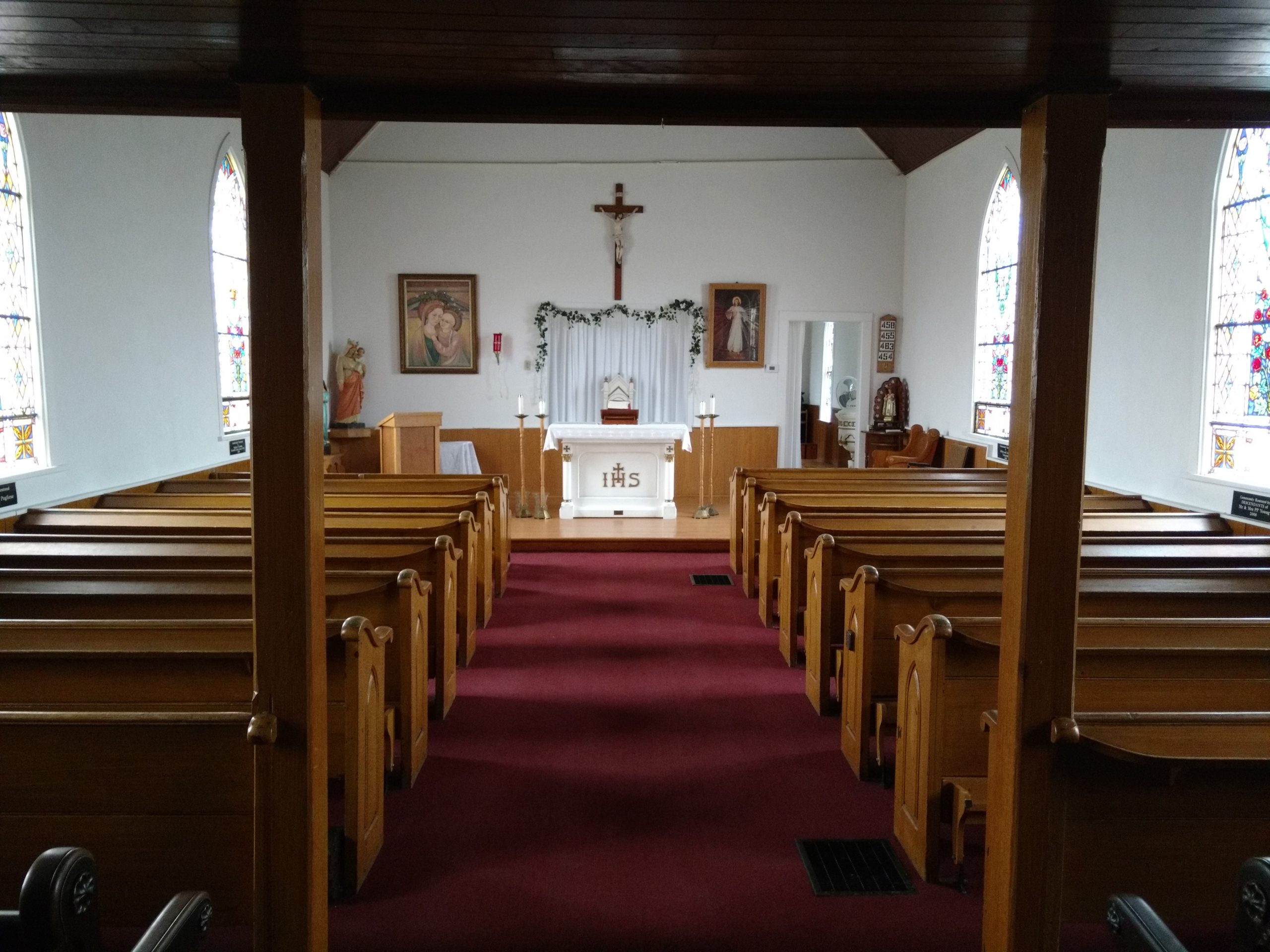