We invite you to view our Mass Schedule page for weekday mass times.

Living in the midst of English Protestant immigrants, the few Irish Catholics who settled in Lakefield worshiped with co-religionists either at Young’s Point or Douro. In 1880, the first Holy Sacrifice of the Mass offered in the village was celebrated by Father Daniel O’Connell in the house of Mrs. Lampiere situated on the corner of Water and Burnham Streets. After she sold her house, Mass was heard occasionally at a small home and retail outlet owned by the Phelan family and located at the present Maples Corners, west of the village.

In 1892, the vacant frame-structure, Bible Christian church (measuring 50 by 32 feet) was purchased and served as the Church of St. Paul the Apostle until 1959.

Father Charles Phelan (1909-1911) was pastor of St. Paul’s upon its elevation to parish status in 1909, a decision precipitated by the growth of the village and fueled by the employment available at the Portland Cement Company and two lumber yards. During Father Phelan’s pastorate, a frame house was purchased (for $2,750) and the increased number of parishioners necessitated the addition of a vestry and sanctuary.

Father John J. O’Brien (1912-1913) was remembered as an energetic, young priest who gave long homilies, obtained the privilege of reserving the Blessed Sacrament in the church, assumed care for parishioners in Harvey Township (including Buckhorn), and initiated a construction fund for their future church, St. John de Brébeuf. The physical demands of pasturing Lakefield, Young’s Point, Harvey Township and Chandos during the first quarter of the twentieth century is attested to by the fact that the next 3 priests- Father Fergus O’Brien (1913-1914), Father William Meagher (1914-1923) and Father John Garvey (1923-1942) all eventually resigned for reasons of health.

By October 1931, a new parish rectory – costing $10,000, design by Blackwell Architects of Peterborough and constructed by Raymond Paquette – stood overlooking the water. This prime real estate on the west side of the church was “swapped” for the old rectory property and sum of $500. During the Depression years, Father Malane (1935-1942), assistant to Father Garvey, harnessed the talents of unemployed parishioners to repair and improve parish buildings in “working parties.”

During the 1920s until the 1950s, St. Paul’s community celebrated Benediction on Sunday evenings, frequent Forty Hour Devotions (including the procession of children singing hymns in Latin), and the yearly Parish missions. Flowers from local gardeners, Catholic and non-Catholic, adorned the church. The women of the Parish cleaned wooden fixtures and pews with soft cloths and lemon oil, and scrubbed the wooden floors. For years “Riverboat Captain” Johnston looked after the furnace during the winter months and the smell of smoke wafted through building. The choir loft, which was very small, was located above the porch at the entrance of the church. The parish hall, a building behind the church, was a hive of activity, and it was the location of many a turkey dinner, card party, social and Catholic Youth Organization dance.

In the middle of World War II, Father Garvey was transferred to Hastings and succeeded by the Reverend Dr. J. Masterson (1942-1956), affectionately referred to by all as “Doc Masterson” or simply “Doc.” During his pastorate “the house immediately behind the church was converted into a parish hall, the church buildings at Lakefield and Young’s Point were painted and the entrance to each church was renovated… (and) more cordial relations with people of other faiths had become more evident, accomplished in part by the “socials” for which Lakefield was famous.” [Boland, page 205] The day World War II ended, Doc opened the church in order for people of the village to pray, and sing songs of thanksgiving. All denominations were welcomed and the church was packed to the rafters.

The arrival of the educationally-minded Father James Houlihan (Assistant Pastor, 1953-1956 and Pastor 1956-1967) marked the onset of the “modern era” of St. Paul’s Parish. Father Houlihan shepherded the flock, taught at St. Peter’s Secondary School, was Secretary-Treasurer of the Separate School Board of Peterborough and encouraged the building of the two-roomed St. Paul’s Elementary School (in 1957) on land donated by Doctor Moher. Before the school was built the Sisters of St. Joseph ran a catechetical summer school.

In his labours Father Houlihan benefited from the week-end assistance of many priests: Fathers Gerald Bram, Vernon Purdue, John Vanston, John Pearson (later Monsignor), and John Coughlan respectively. In the decade prior to 1959, the church was freshly painted and well-maintained: its light green rubberized floor looked like marble; pews were finished and new kneelers added; beautiful stained glass windows were installed; and grand religious pictures prepared the mind for worship. However, growth in the Parish made a new building necessary.

In 1959, Father Houlihan spear-headed the building of the new church and its basement auditorium at a total cost of $110,000. Local craftsmen and labourers constructed the church: Sylvester Allen was the main contractor, Joseph C. Hoey completed the bricklaying and block work, Kevin Heffernan installed the electrical work, Crapp and Murphy installed the plumbing and heating, the Edward Brothers worked on the plastering, and John T Sullivan completed the landscaping. The stained glass windows were saved from the old church and incorporated into the new structure. Handcrafted Stations of the Cross and the wooden statues of the Sacred Heart of Jesus and our Blessed Lady were commissioned from Germany.

The project was finished by December 1959, and the debt retired in 1967, at which time Father Houlihan was transferred to the “other” St. Paul Parish in Norwood.

While these accomplishments hardly defined all of their years of labor in the “vineyard,” they symbolize the physical, spiritual and financial contributions made daily by the pastors of St. Paul over its hundred year history.

Perhaps the most significant pastorate in St. Paul’s modern era was that of Father Leo Leahy, former Vice-Principal of St. Peter’s Secondary School, who served our parish faithfully for 23 years in his own inimitable manner. His summer schedule of liturgical celebrations was daunting. Father Leo was responsible for Saturday evening Masses at the Purification of the Blessed Virgin Mary Church (4:00 pm, Chandos), St. John de Brébeuf (5:30 pm, Buckhorn), and St. Paul’s (7:30 pm, Lakefield). On Sundays, he was responsible for Masses at St. Paul the Apostle Church (9:00 and 11:00 am), St. John de Brébeuf Church (also 9:00 and 11:00 am) and Our Lady of Good Counsel Church (10:30 am, Young’s Point). While brother priests helped Father Leo manage this logistical chess game, he was formally assigned an assistant priest to manage these commitments only once in 23 years. During his pastorate and beyond, the musical Heffernan family contributed countless hours to both at
St. Paul and St. John de Brébeuf Churches.

Father Leo encouraged visits to our Lord in the Blessed Sacrament, quietly visited the sick and spent Friday’s educating the children at St. Paul’s Elementary School with fascinating stories. On First Fridays, he celebrated Holy Mass at the school and heard Confessions. He was a positive influence within the Lakefield community and at Lakefield College School. One who knew him well said he was always “fastidious, reliable, sometimes stern, always approachable, loved and helped the poor- quietly with no fanfare or attention wanted. He was simply a parish priest and a dutiful one at that.”

Under the spiritual fatherhood of Reverend Damian Smullen, the Sacrament of Reconciliation was often presented as a fountain of mercy; the parish was drawn into a deeper reverence of the celebration of the Holy Mass; the choir under the capable direction of Mr. Donald Ellis and accompaniment of organist Cicely Alfonso bourgeoned with young people; a surprising number of boys and young men flocked to serve at the altar; and the practice of all day Adoration and evening Benediction was revived. Foundation work, re-paving the parking lot, new lighting and various upgrades were supervised by the capable Harold Moriarty. 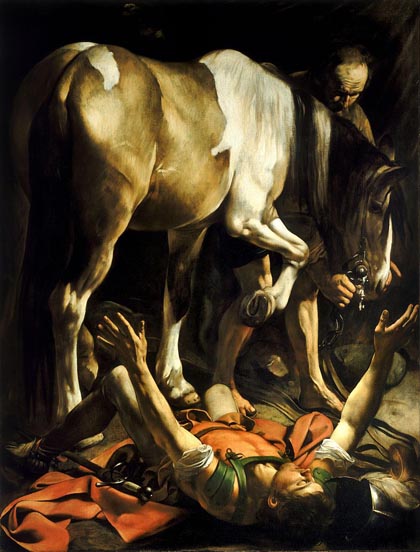 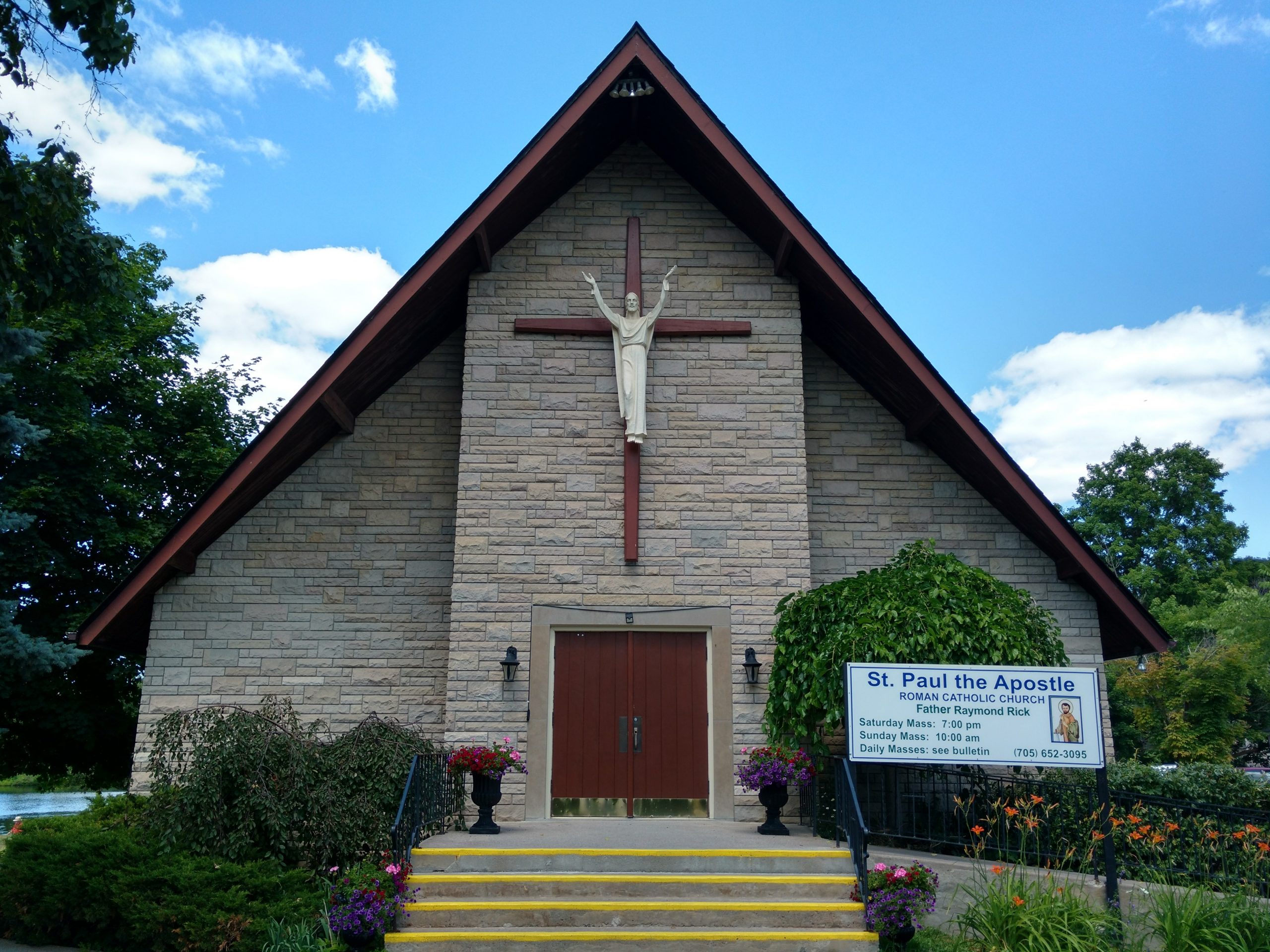 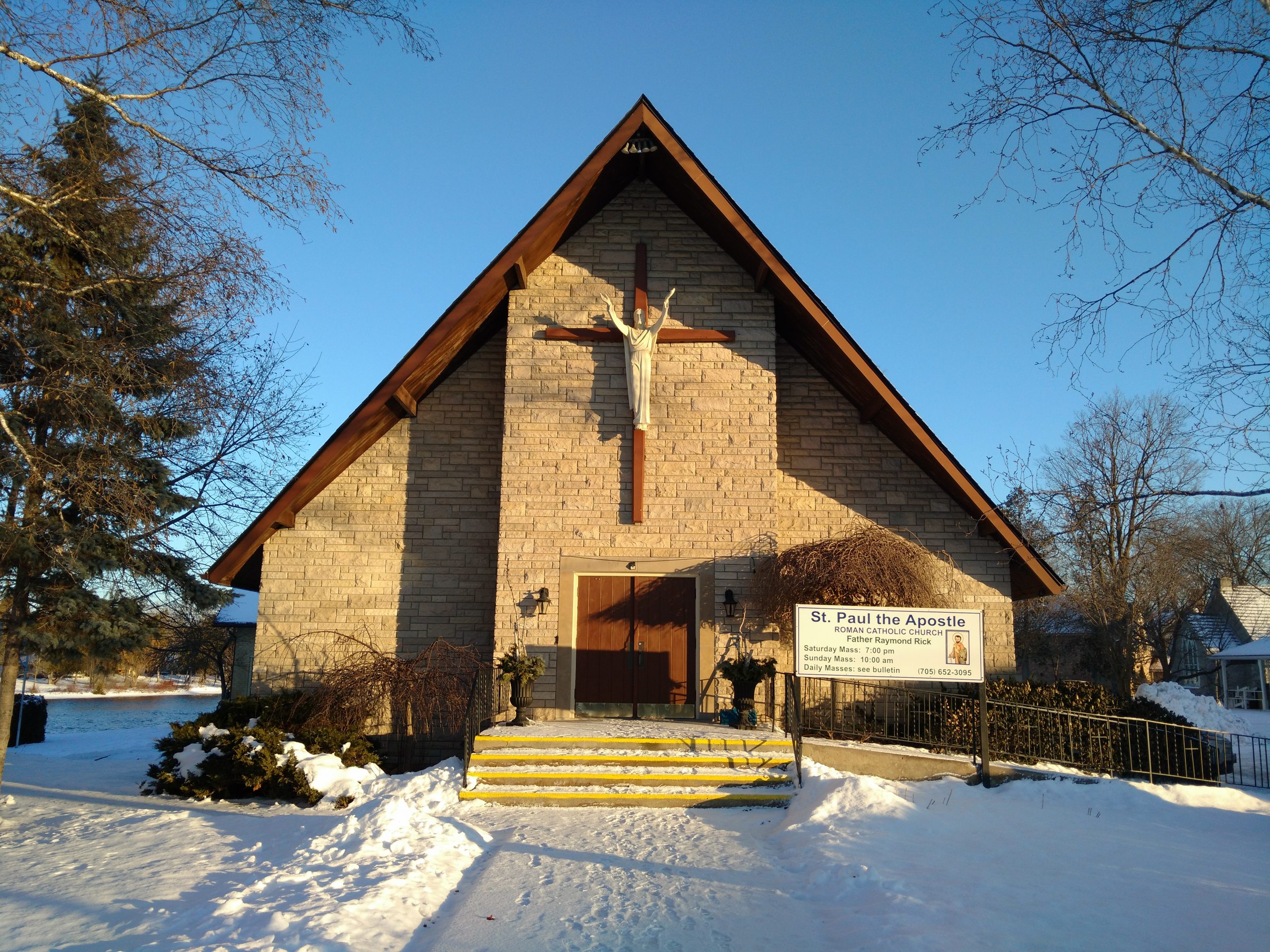 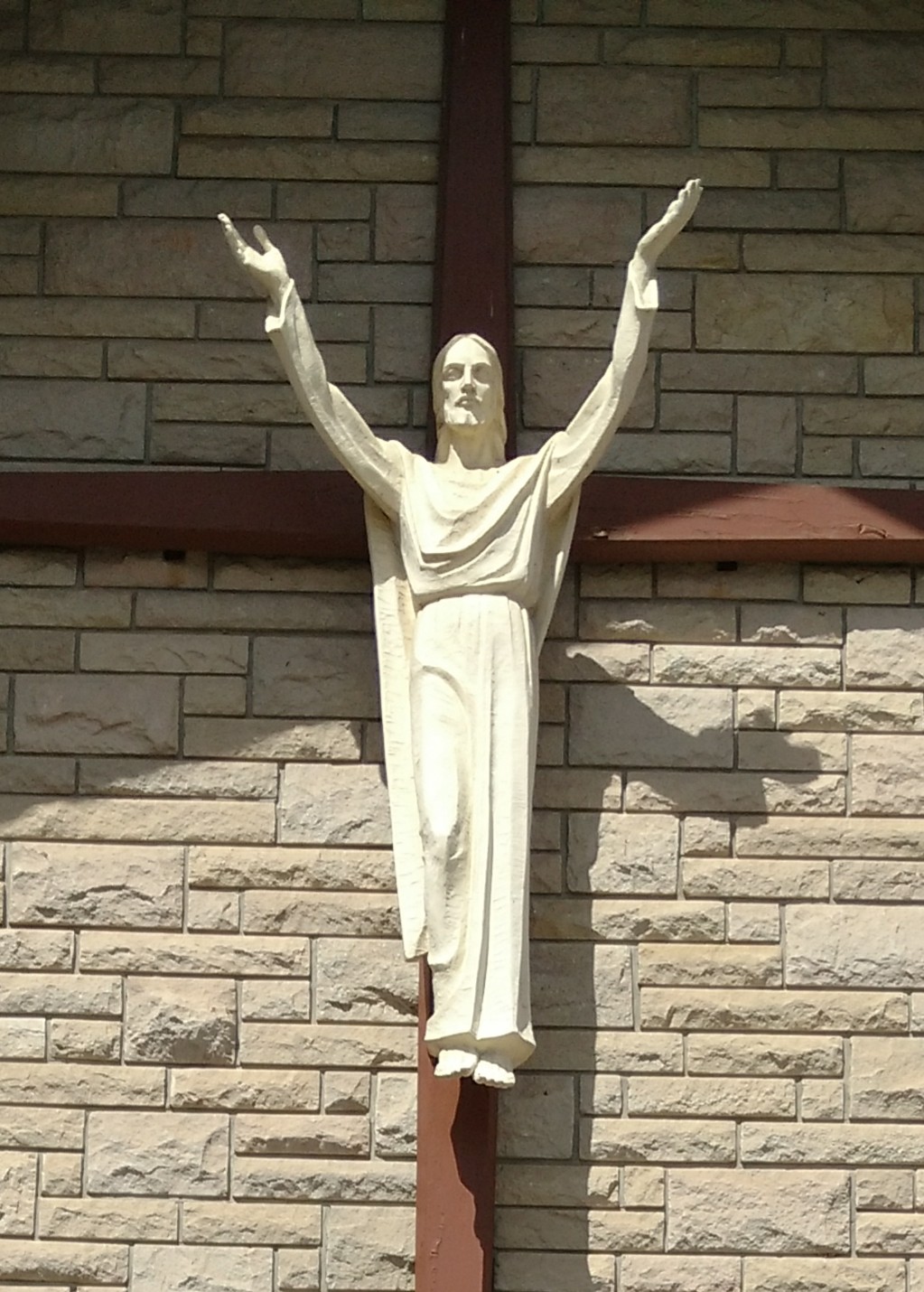 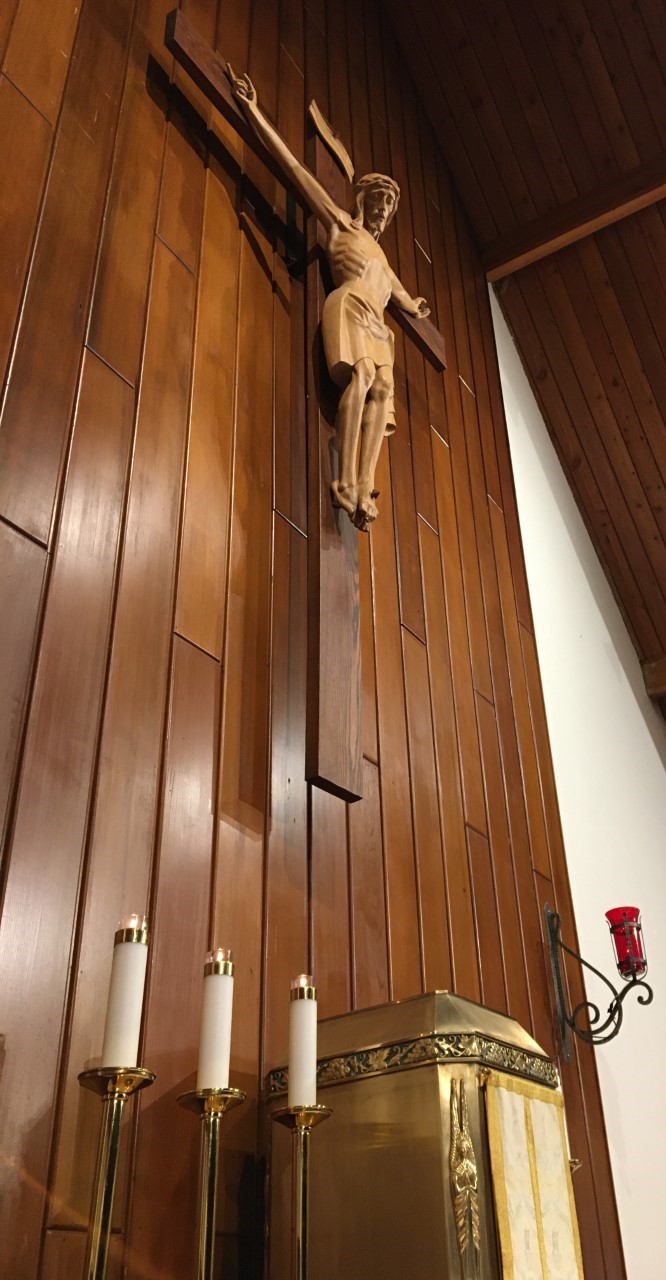 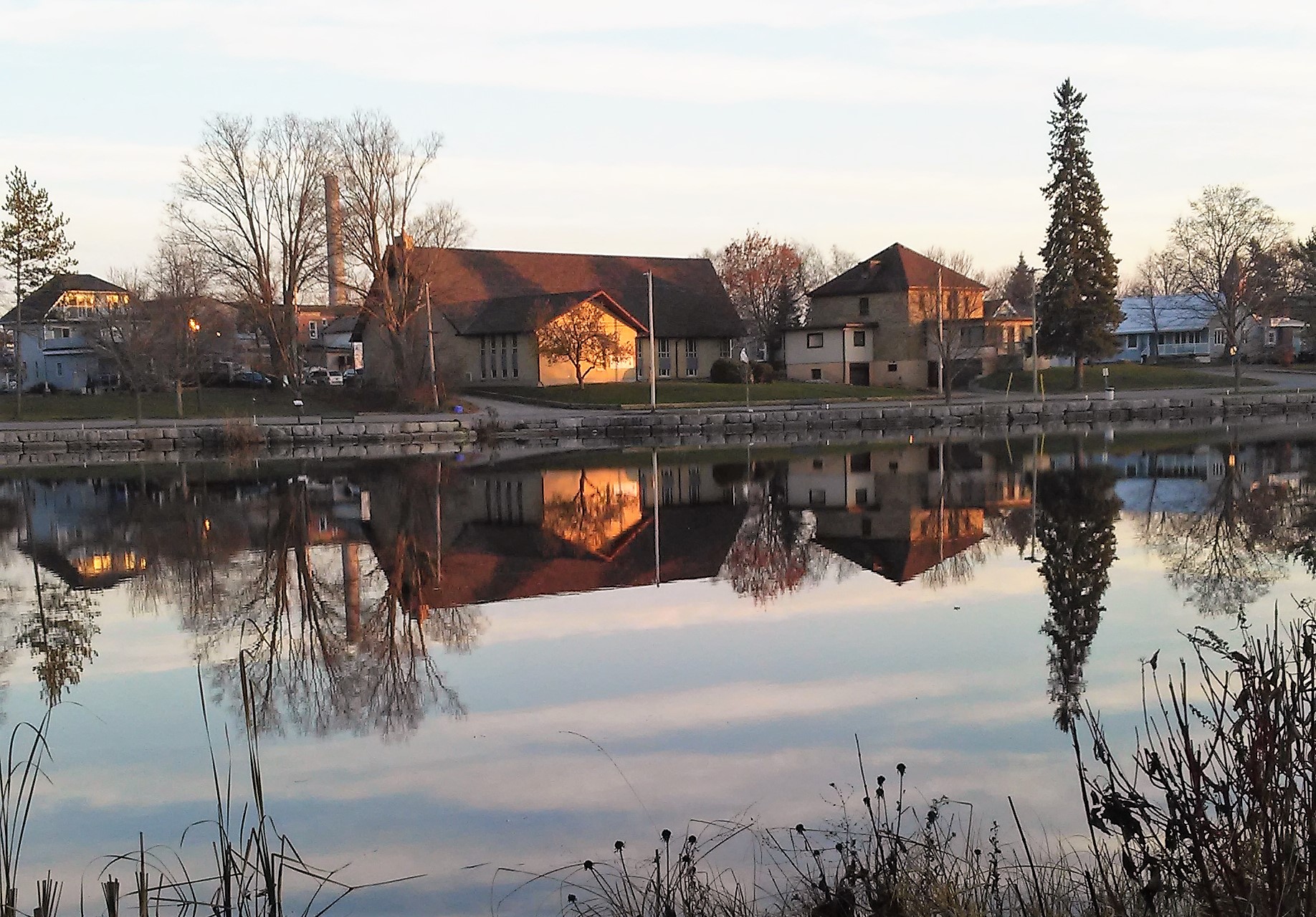 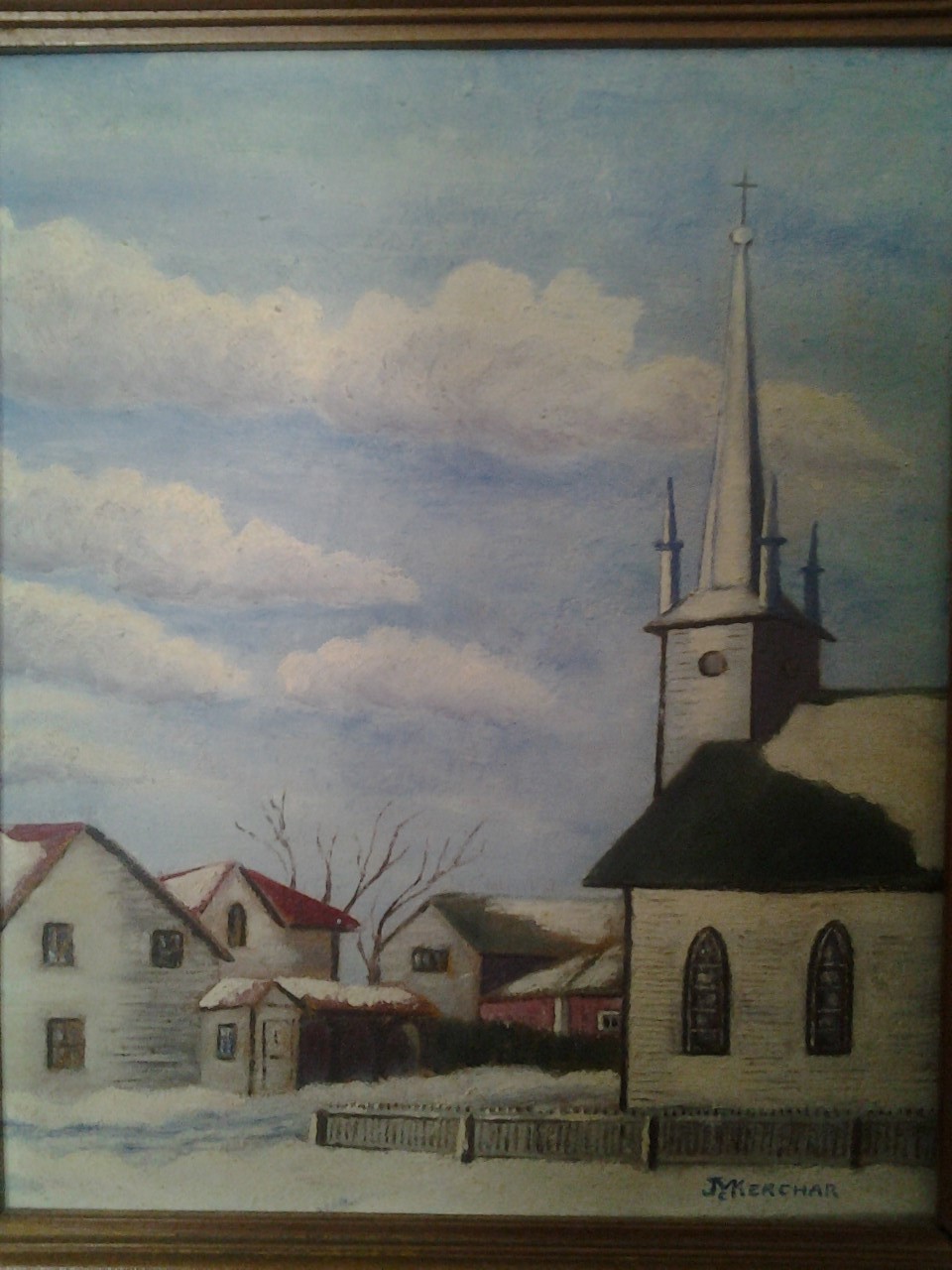